Five dumb things I did as a young adult

In Manhattan there's a little secret that everyone knows, but no one tells you until it's too late: look down. No, seriously. You should always look down and check to see if the spot where you are standing has a lot of pigeon poo spattered around. If it does, don't stand there. It took two traumatizing bird poo incidents when I was twenty-two to figure this out, but happily, it didn't kill me. Live and learn. 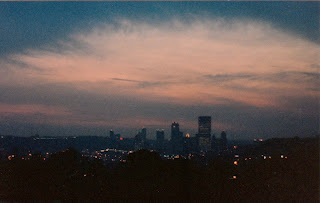 Here's the scene: downtown Pittsburgh, Thursday afternoon, late summer. Nineteen year old me. My boyfriend's car. Late for a doctor's appointment. Where was the key? On the front seat. Enter semi-drunken dude, sidewalk left. He had a bit of a staggering shuffle to his walk, but when he offered to break into the car for twenty bucks, I didn't even hesitate. I gave him the money, he popped into a dry cleaners across the street and came back out with a hangar. A few twists and a jerk of his elbow later, the car door was open. Dude exits into the nearest liquor store.

This ranks up there in my top ten list of dumb things I've done in my life. He could've been a really, really, really bad man. I was lucky he just wanted more booze. 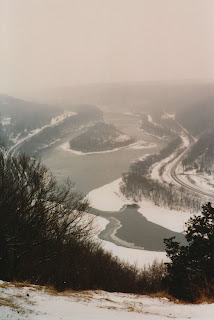 3. I went for a hike on a mountain in the winter. In a blizzard.

The thing is, it wasn't snowing when we set out (yes, my boyfriend was with me, as per our usual). I really wanted to scale the mountain. Everyone said it could be done in a few hours. So what if it was cloudy?

Fast-forward a few hours and there we were: two twenty-one year-olds wandering around, off trail because we couldn't see, freezing. He didn't have gloves. I didn't have a hat. We nearly fell off the edge of the ridge. When we finally found the trail back down, parts of it were so frozen we had to scale ice cliffs (No, of course I didn't have any rope or climbing gear). We lived to tell the tale, but honestly? DUMB DUMB DUMB.

I know, I know, that sounds ridiculous, but I assure you I wasn't the least bit drunk. I was, however, seventeen. I'd skinned my knee doing something or other, and I was in my boyfriend's dorm room, the one he shared with another guy. Did we lock the door? No. Of course not. When his roommate walked in WITH FRIENDS, I really, really wanted the floor to swallow me whole. Instead, I chatted with all those guys as though I wasn't sitting there in my underwear, pants around my knees. The guys didn't say a word about it, though I had to be red as a tomato. That was the moment I learned that not all men are jerks. Some of them (even young ones) are really nice people. 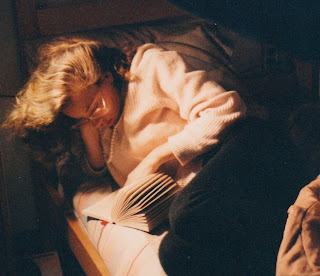 I was seventeen. It was one in the morning. I'd managed to wander down to the riverfront with two friends and we proceeded to walk in circles until we found our way back to campus.

It was a dark and stormy night… ok, hang on—it wasn't raining, but it was cold. I was frightened.  I vowed that I would never get myself into that kind of trouble again, and I didn't.

Young adult and new adult novels put their characters through a lot. Sometimes the adventures are clearly imaginary and sometimes they mirror real events (my upcoming novel Disintegrate opens with the main character lost on the riverfront). As writers, we put our beloved heroines into terrible situations. Why? Because we all remember what it was like to be that young. The moment a girl moves from childhood into the vast and frightening world of adulthood is important. It defines who we are and who we choose to be. Young adult novels celebrate that particular moment.

I learned how to deal with a pigeon crapping on my head. I learned to check the weather report before heading for a trail. I learned that embarrassment wouldn't kill me and that men could be kind. Becoming a grown-up isn't always easy or smooth, but the adventures we have on the way are worth it. 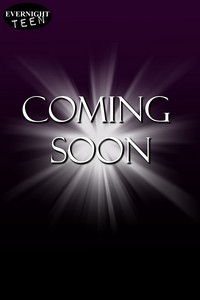 Disintegrate is releasing on April 19, 2013 from Evernight Teen.

Emily just wanted a normal life: a boyfriend, college, two parents who loved her. Instead, her dad disappeared when she was fourteen and her life at college is anything but ordinary.

When you can manipulate matter like putty and you have no idea why, how do you pretend to be like everyone else? What happens when you meet a guy who has the same powers? Do you trust him to help you find the answers you need?

Emily desperately wants to believe that Jax can help, but the stakes grow higher than she’d ever expected: someone is after them and they’re not afraid to use violence to get what they want.

—————
Christine Klocek-Lim spends most of her time daydreaming—which isn't much different from what she did as a girl in northeast Pennsylvania, as a college student in Pittsburgh, as a twenty-something technical writer in New York City, and as a young mother in suburban New Jersey. For the past decade or so she's been dream-surfing in the Lehigh Valley of Pennsylvania.

She's published a pile of romance novels, a few poetry chapbooks, and a bunch of short stories.

Email ThisBlogThis!Share to TwitterShare to FacebookShare to Pinterest
Labels: Christine Klocek-Lim, Disintegrate, Evernight Teen, Five Dumb Things I did as A Young Adult, YA, Young Adult

Awakened Are the Starry-Eyed