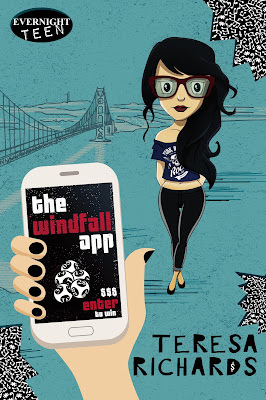 THE WINDFALL APP
by Teresa Richards


Marina Berghman is a classical piano prodigy, with parents who’ve had her life mapped out since she was in diapers. But their plan leaves no room for her secret love of alternative rock, or Sean, the edgy guitarist who recently moved to town.

When Marina buys a lottery ticket on her eighteenth birthday via the new Windfall app, she expects it to be nothing more than a rite of passage. But she wins—the grand prize of five thousand dollars a day for life. Suddenly given the means to break free from a life she never felt in control of, she’s quick to cut her family ties and turn her back on everything she knows.

But her lottery win was no lucky break. Her prize comes with strings attached, and Marina soon finds herself at the center of someone else’s life or death game. When she discovers evidence linking her dad to the intrigue, she turns to Sean for help. But he’s harboring secrets of his own.

Now Marina must sort out who to trust and who’s pulling the strings, before her prize turns into a noose. 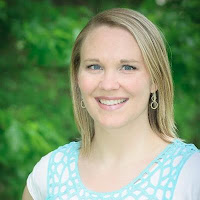 Teresa Richards writes YA, but loves anything that can be given a unique twist. She grew up in the San Francisco Bay Area, got a degree in Speech Pathology from Brigham Young University, then moved to the east coast for a little adventure. A little adventure turned into a long one, and she spent the next fifteen years living just outside New York City. Now she's settled somewhere between coasts with her husband and five kids, and has realized that writing is her passion. When Teresa's not writing, she can be found chasing after one of her littles, driving one of her teens around, or hiding in the house with a treat she's not planning to share. 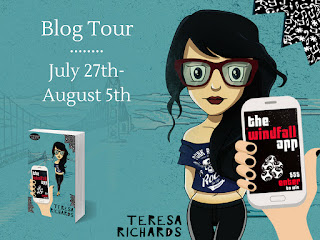 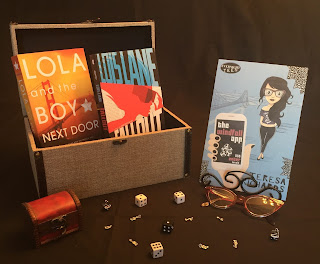 Posted by Evernight Marketing at 03:09

If We Were Heroes